Learn more about our revised in-office safety policies in response to the COVID-19 outbreak. 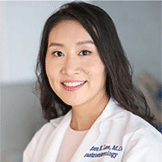 ★ ★ ★ ★ ★ Dr. Mikhail Yakubov Gastroenterologist, New York Dr. Mikhail Yakubov is a Board Certified physician in Internal Medicine, Gastroenterology and Hepatology. Dr. Yakubov completed his internship and residency in NYC at New York Presbyterian Methodist / Weill Cornell Medical College where he earned a series of accolades for his academic performance and his passion for teaching medical students, residents, and fellows. BOOK NOW

Dr. Michael Dann was very professional and courteous during my visit. He is an exceptional physician.

Dr. Michael Dann is double board certified by the American Board of Dr.Dann provides highly personalized and comprehensive care. His philosophy regarding the doctor/patient relationship is based on trust and has earned him one of the most respected reputations in NYC. Dr. Dann has had a distinguished career in the US Army and has served the Chief of Gastroenterology at two large academic centers during his career. Dr. Dann has also served as a medical director while deployed to Afghanistan and was the sole physician responsible for the care of over 2000 active duty and civilian personnel.

Dr.Dann completed his undergraduate education at Stony Brook University where he earned a bachelor’s degree in biochemistry. Dr. Dann went on to earn his medical doctorate from Upstate Medical University Syracuse. Dr. Dann completed his Internal Medicine training at Tripler Army medical Center and went on to complete his subspecialty training in Gastroenterology and Hepatology from Robert Wood Johnson Medical School.

Dr. Dann has been in active in clinical research and has served as a coinvestigator of a protocol regarding endoscopic mucosal resection and ablation of Barrett’s Mucosa. He has also written a manuscript entitled “Detection of Intestinal Metaplasia at the Esophagogastric Junction in the Absence of Barrett’s Epithelium Using a Novel Monoclonal Antibody”.

Dr. Kristen Lee was very professional and courteous during my visit. He is an exceptional physician.

Dr. Lee graduated from Johns Hopkins University where she received her Bachelor of Science degree in Biomedical Engineering with honors. She then attended Weill Cornell Medical College in New York where she received her medical degree with academic distinction. Dr. Lee went on to complete her post-graduate training at Mount Sinai Medical Center including her residency in internal medicine and fellowship in gastroenterology. As part of her fellowship, she also perused research in the specialized areas of ethnic disparities in colon cancer screening and in inflammatory bowel disease.

Dr. Lee has received numerous academic and clinical awards, including The Janet Glasgow-Rubin Memorial Award at Weill Cornell Medical College given to female students who graduate in the top 10% of their class. She also received a research-training award from the National Institutes of Health and was a grant recipient for an aging research program.

She is a member of American Gastroenterological Association (AGA), American College of Gastroenterology (ACG) and the American Society of Gastrointestinal Endoscopy (ASGE). She also holds membership with the Crohn’s and Colitis Foundation of America (CCFA). Dr. Lee has been extensively published in medical literature and has presented various abstracts and other oral presentations in her field.

Dr. Lee’s passion for patient care and clinical skills have earned her many awards and has earned her one of the finest reputations in NYC.

Dr. Mikhail Yakubov is a Board Certified physician in Internal Medicine, Gastroenterology and Hepatology. Dr. Yakubov completed his internship and residency in NYC at New York Presbyterian Methodist / Weill Cornell Medical College where he earned a series of accolades for his academic performance and his passion for teaching medical students, residents, and fellows.

Dr. Mikhail Yakubov was very professional and courteous during my visit. He is an exceptional physician.

Dr. Mikhail Yakubov is a Board Certified physician in Internal Medicine, Gastroenterology and Hepatology. Dr. Yakubov completed his internship and residency in NYC at New York Presbyterian Methodist / Weill Cornell Medical College where he earned a series of accolades for his academic performance and his passion for teaching medical students, residents, and fellows.

Dr.Yakubov served as Chief Resident with a focus on developing the academic curriculum, physician clinical skills, and day to day operations of the program. He went on to complete his gastroenterology training was completed at New York Presbyterian Methodist / Weill Cornell Medical College.

Dr. Yakubov has received several awards including his induction to the Alpha Omega Phi Honor & Service Society. He has also conducted clinical research at the State University of New York Downstate Medical Center.

Dr. Yakobov has a strong passion for patient care and enjoys dealing with complex medical issues to bring his patients back to health. He focuses on management of gerd, ibs (irritable bowel syndrome), crohn’s disease/ulcerative colitis and hemorrhoid treatment and all aspects of clinical gastroenterology.

Amazing! Great doctor very knowledgable and take his time with pt’s. Hears out all your concerns and doesn’t rush you at all. I have been having an on-going issue and I can honestly say after seeing multiple GI doctors I have fnally come across a doctor that I know I will be in good hands and he is very knowledgiable. Thank you Dr. Yoon! The only GI doctor I will be seeing in the future!

Dr. Yoon has exhibited a passion for patient care in all stages of his training and career. Dr. Yoon has expert clinical skills and places a strong emphasis on his collaborative approach with his patients. He enjoys educating them on their health and creating a strong doctor-patient relationship. This approach has made Dr. Yoon a highly rated gastroenterologist and valued member of Manhattan Gastroenterology.

Dr. Yoon specializes in the treatment of irritable bowel syndrome, hemorrhoid treatment, GERD/heartburn, inflammatory bowel disease and colon cancer prevention. Dr. Yoon customizes his approach to each patient to ensure that their treatment is as effective as it can be in a compassionate and friendly environment. Dr. Yoon is affiliated with NY Presbyterian/Weill Cornell Medical Center. Dr. Yoon and his team look forward to meeting you!

Dr. Shawn Khodadadian was very professional and courteous during my visit. He is an exceptional physician.

After receiving specialized training at Memorial Sloan Kettering, the NYC gastroenterologist became one of a select few physicians board certified as a physician nutrition specialist by the American Board of Physician Nutritionists.

Dr. Khodadadian went on to complete his internship and residency in Internal Medicine followed by a three-year fellowship in Gastroenterology, Hepatology and Nutrition at Lenox Hill Hospital in NYC. During fellowship, Dr. Khodadadian received grants to pursue specialized training in Inflammatory Bowel disease at the University of Chicago as well as training in liver disease at the Sinai School of Medicine.

Manhattan Specialty Care in the Press